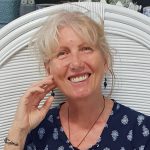 Sophia has been a spiritual teacher, mentor, and counsellor for many years. She has also been known as Paula Hartwood and Ovidne (pronounced oh-veed-nee).

Sophia spent 27 years in the computer industry prior to devoting herself fulltime to metaphysics. She is a channeller and messenger of the Ascended Masters and dedicated to spreading the teachings and energies of the Masters.

She is also an author of several books, a spiritual trainer and Reiki Master, and has also created her own range of ‘Stars of Heaven Flower Essences’ which contain the powerful essences of flowers as well as Ascended Masters, planets, or goddesses. Her guides, the Masters, have told her that her Path of Joy is to teach and to “heal by the pen”. Her mission is to “make a difference”.

Sophia was given the spiritual name “Ovidne”  by the Masters on February 24th 2003. They told her it meant “Open to Spirit” and that it was derived from the name of the Roman poet “Ovid” and the suffix “ne” which means “daughter of”. The Masters told her that, in a past incarnation, she had been the daughter of the poet Ovid in the 1st century AD, and that Ovid had also been an incarnation of the Master, El Morya. Ovidne was requested by the Masters to use this name as this was her new vibration.

Sophia was invited by the Masters to change her name yet again in 2011 when a new level of consciousness was downloaded into her. The name ‘Sophia’ relates to the Goddess of Wisdom.

Born and raised in London, England to a Polish father and English mother, Sophia is the eldest of five sisters. She has lived in England and South Africa and has travelled the world extensively. For the past 20 years she has been living in the beautiful Sunshine Coast region of Queensland in Australia.

Your cart is empty.